These Pumpkin Apple Sugar Doughnuts are baked, not fried and jam packed with pumpkin and freshly grated apple. Rolled in cinnamon sugar to finish them off, these are simply sublime! 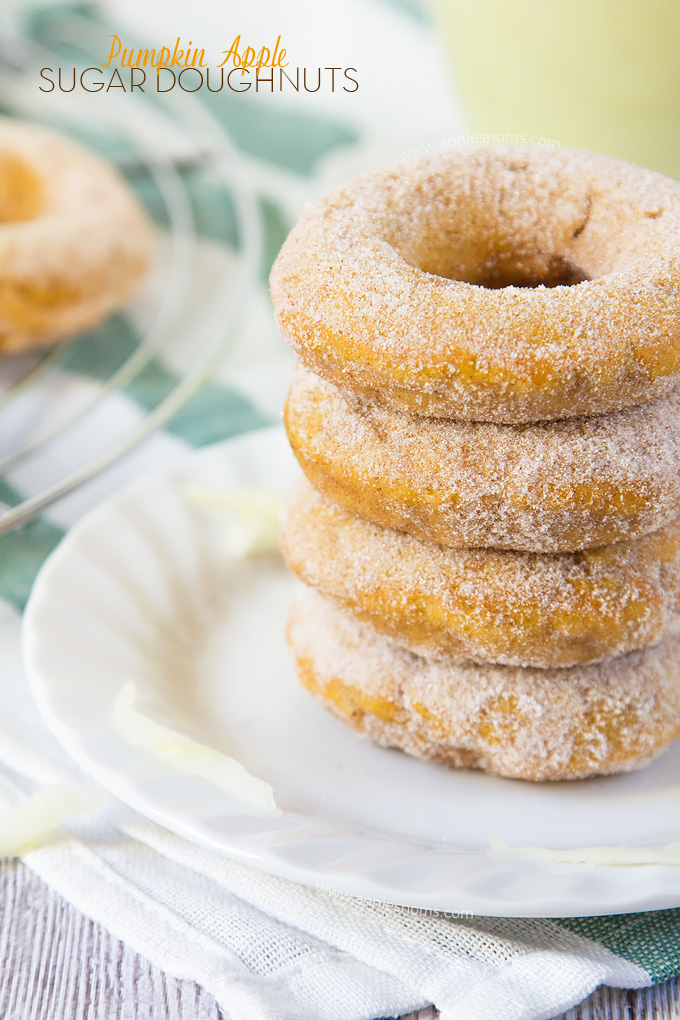 Hello friends! Annie from Annie’s Noms here to share with you this awesome recipe for baked Pumpkin Apple Sugar Doughnuts!

These nearly had a completely different topping, but then I thought “I always glaze my doughnuts, let’s switch it up this time!” So, I mixed cinnamon with superfine sugar and created a glorious concoction that I wanted to just eat with a spoon! 😀

Now, I know pumpkin is super versatile; I mean I’ve made cheesecake bars, cookies, cupcakes…etc. with it, but this time I wanted to experiment with adding in some apple as I’d seen a few recipe ideas with this combination.

You know what? It’s a fabulous combination. It just totally works! 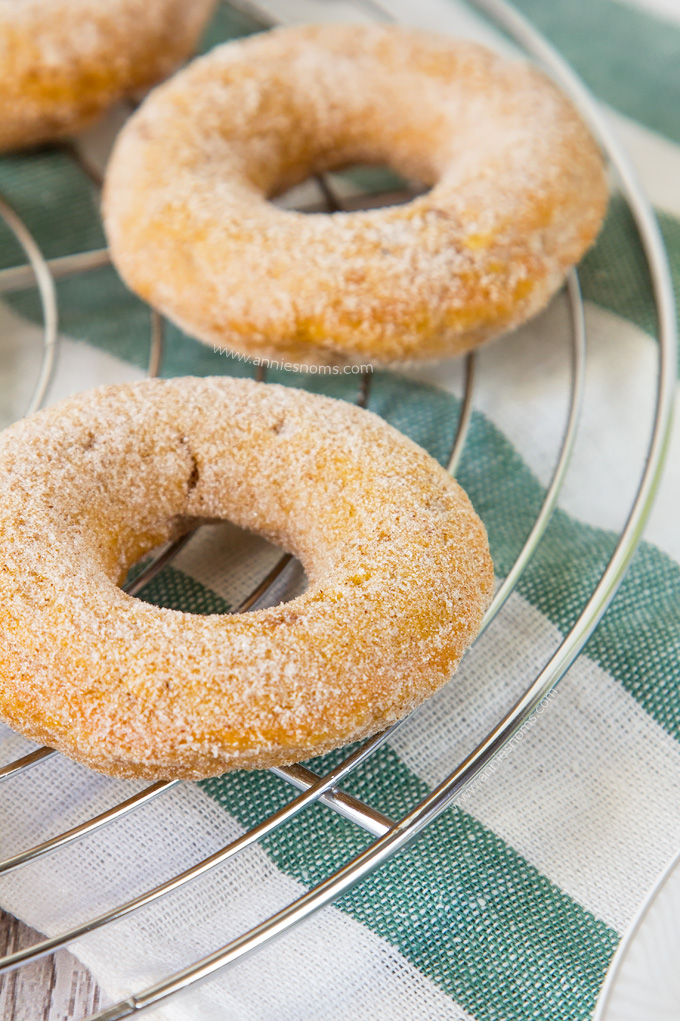 I used Granny Smith apples as I love their sharpness and find them brilliant to bake with, but you can use whichever apples are your favourites.

I would advise a stronger apple though, otherwise it won’t pack as much of a flavour punch along with the spices in these doughnuts. 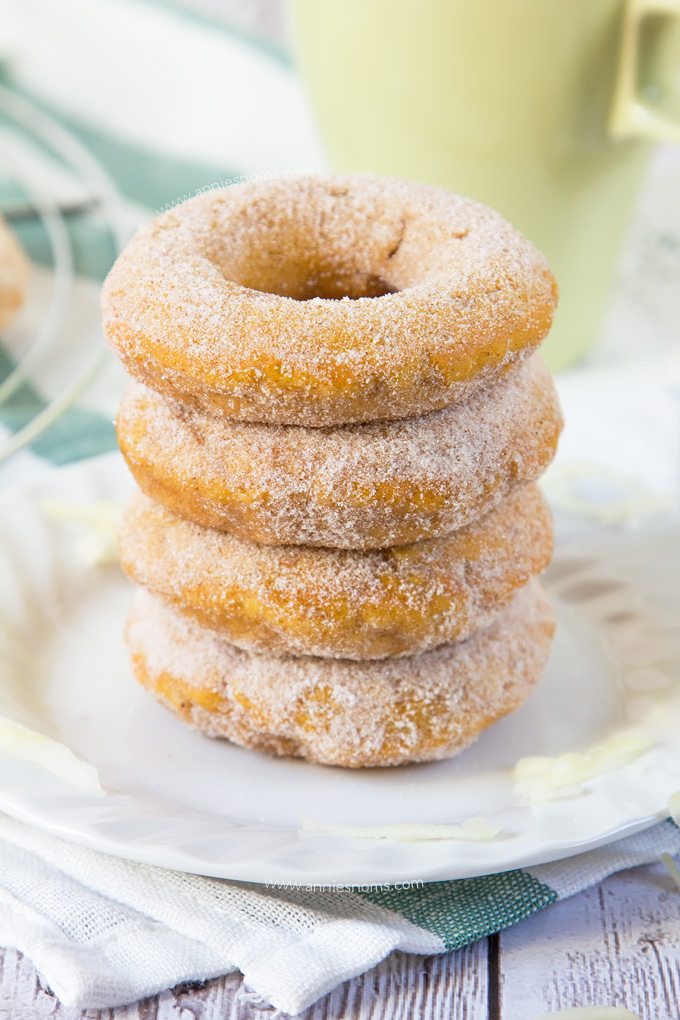 Do you want to know a secret?

I’ve only ever made fried doughnuts once. I know, I know…. it’s embarrassing. Especially as I LOVE to eat fried doughnuts. But… that’s probably why. If I always fried my doughnuts I would need to do a whole lot more exercise!

Also, baked doughnuts are so quick to make when those doughnut cravings hit! No waiting for dough, no cutting out, waiting again, frying, draining… I just don’t have time. 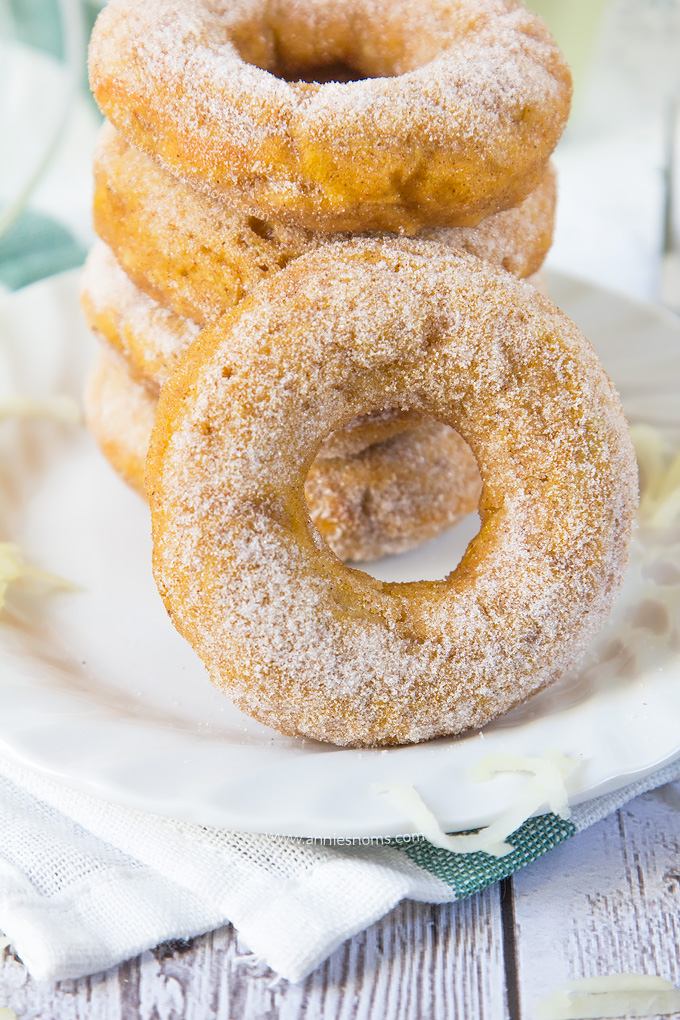 These are so easy to make too; you don’t even need a mixer! I prefer to make things like brownies and doughnuts by hand as there is less of a risk that you’ll over mix them!

The hardest part is putting the mixture into a piping bag and piping it into your doughnut pan! 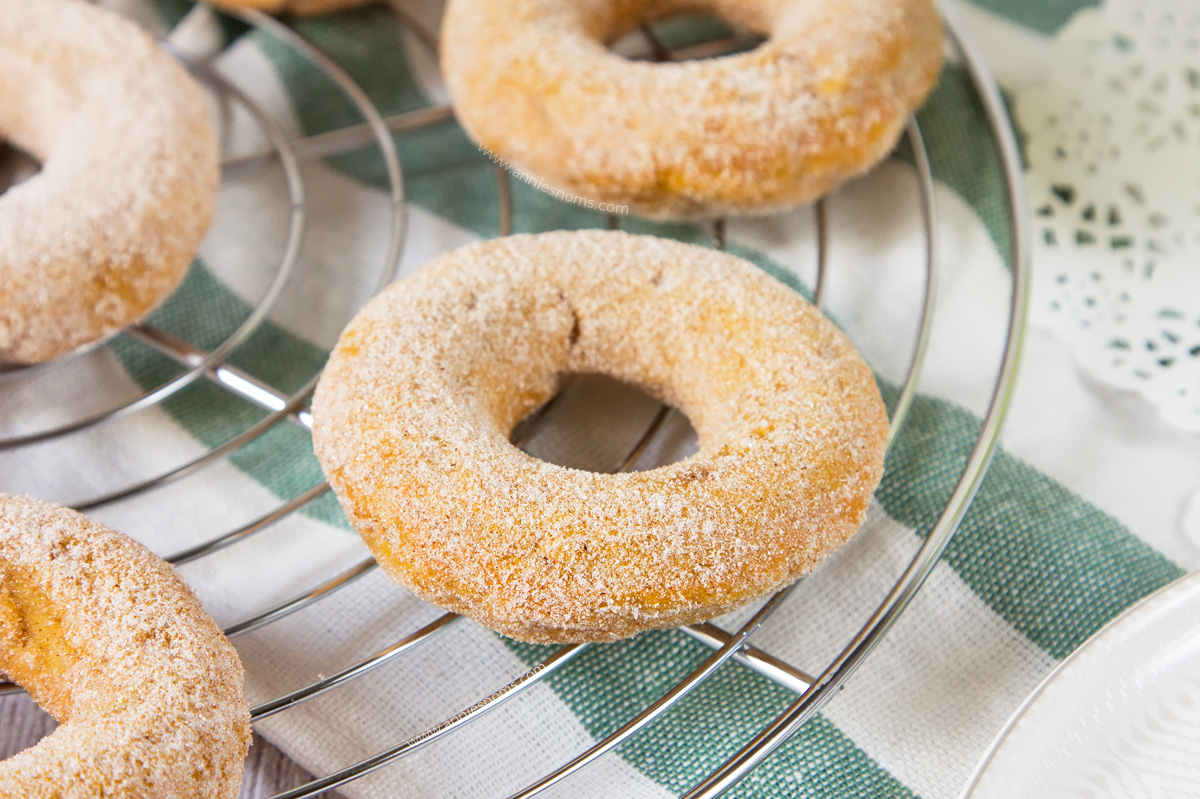 There’s an entire cup of pumpkin in here, with plenty of spices to add to the mix. I contemplated chunks of apples, but decided to keep the texture smoother by grating them instead. It’s slightly more time consuming, but I think it was totally worth it!

Once I baked these babies, I had to try my hardest not to dig straight in as I wanted to experience the whole thing… cinnamon sugar and all! So, I patiently waited. And believe me, patience is not something I usually have much of.

Again, it was worth it. Rolling these into cinnamon sugar just pushed them off the scale. DIVINE! You seriously need these in your life!