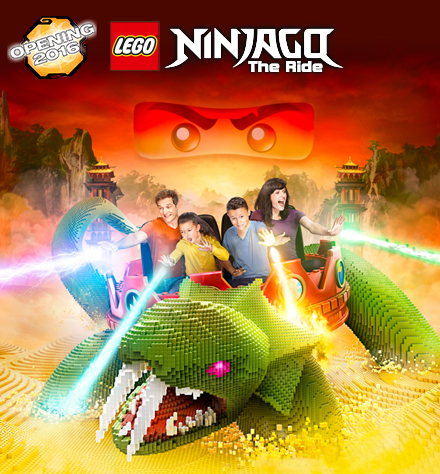 Wearing a hard hat and standing on dirt as construction workers pound hammers in the background, LEGOLAND® California Resort’s General Manager Peter Ronchetti stood in front of media declaring May 5, 2016 as the opening date for LEGO®NINJAGO® World. “Years in the making, this one-acre new land features NINJAGO® The Ride which uses cutting-edge technology never used in any other theme park in North America,” said Ronchetti. He continued, “Knowing how popular NINJAGO is among our young guests, I’m excited to see them interact and engage as they train to be ninjas.” 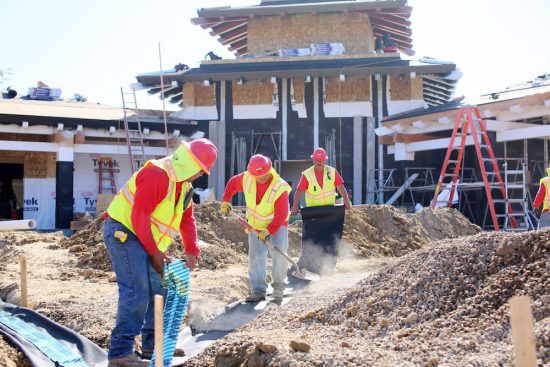 NINJAGO The Ride enables guests to demonstrate their ninja skills by simply using their hands instead of a hand-held device. The Maestro hand gesture technology is manufactured by Triotech, the world leader in media based interactive attractions, and enables guests to throw fire balls, shock waves, ice and lightning to defeat villains. Riders collect points for their training and battle efforts throughout the ride and scores are displayed when their quest is completed. Effects such as heat, smoke and wind are incorporated throughout the adventure, giving guests the ultimate interactive 4D experience.

LEGOLAND California Resort’s Project Manager Chris Brzezicki demonstrated how the ride vehicles will glide through the ride prior to leading media along the vehicles’ route. “Every detail is designed to enhance the guest experience and immerse them into the adventure,” said Brzezicki. When referring to the theming, he stated, “The intent is to blur the line between the real physical theming and the virtual animated projection.” 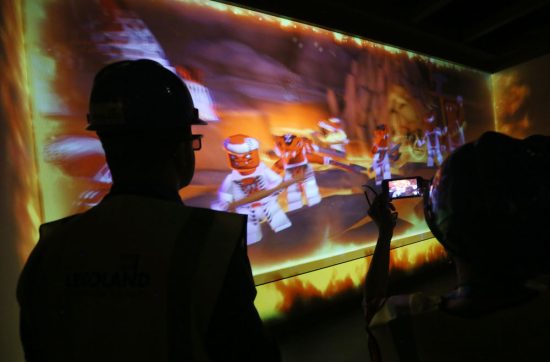 Before guests board NINJAGO The Ride, they will have the opportunity to train like a ninja in four other attractions throughout NINJAGO World: Zane’s Temple Build, Kai’s Spinners, Cole’s Rock Climb and Jay’s Lightning Drill. All are designed to test guests balance, agility and speed. A new retail outlet, Wu’s Warehouse and dining option, Ninja Kitchen, featuring a special twist on Asian street food with Banh Mi sandwiches, are also new additions. 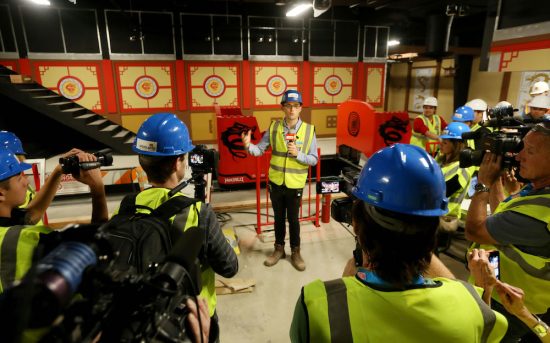 Several of the 22 new LEGO models going into NINJAGO World were also revealed today including Master Wu, ninjas Jay, Lloyd and Kai plus swords of the four elements. Other models include guardian dragons, a monastery and a 500 pound model of ninjas Nya and Zane created out of 73,600 LEGO bricks that took four Model Builders 550 hours to build. The model depicts Nya (ninja of water) hurling water at Zane (ninja of ice) who turns the water to ice in midair as part of their training. 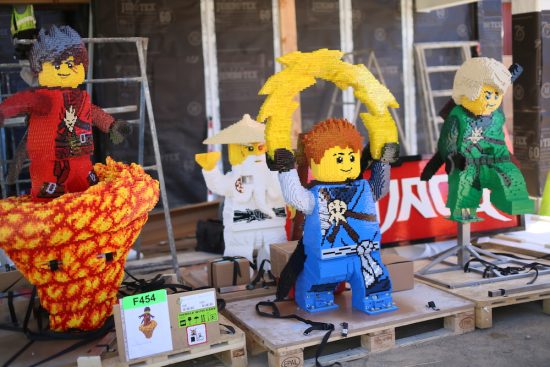 NINJAGO World is included in admission to LEGOLAND California Resort. For more information, log onto www.LEGOLAND.com or call (760) 918-LEGO (5346).