When it comes to snacking, it has to be simple for me, or I’ll revert to Cheetos!  I try so hard to snack on veggies and fruit, but there are just those times that call for a little chocolate!  Kozy Shack® Pudding is the perfect Simple Pudding Snack and since they’re made with wholesome ingredients, including real milk and no artificial preservatives or hydrogenated oils, they’re a great snack choice!  All three are a good source of calcium. Kozy Shack® Puddings are also gluten free.

Imagine that day, you crave some chocolate …. So you out to your local store to grab a tub of Chocolate Kozy Shack® pudding, but then, the question then becomes, How do you serve said pudding?

What do you choose?

A) Hide in the closet with the tub and a single spoon and devour the chocolately goodness.

B) Pour just a small amount into a bowl and top with tons of berries to help the guilt of eating a sweet treat. 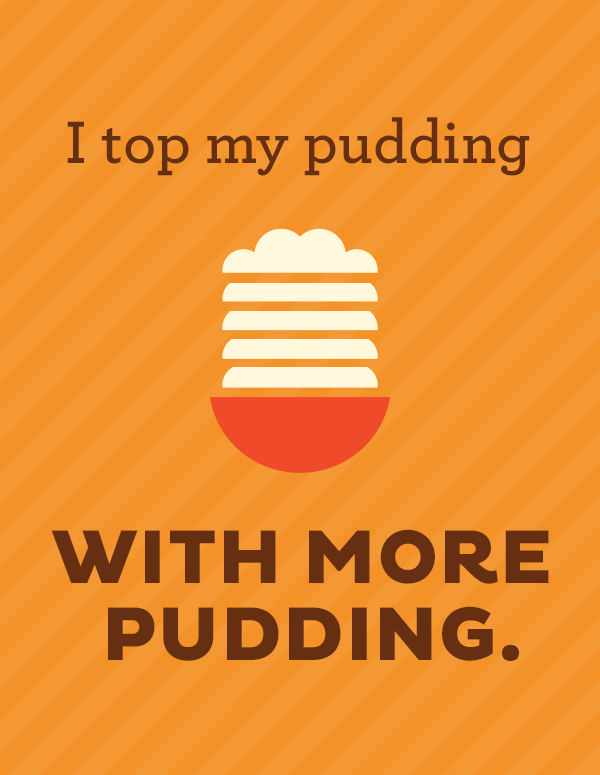 I kind of take the  “I top my pudding with more pudding” route and scoop two heaping spoonfuls of Kozy Shack® Chocolate Pudding on top of chocolate chips, sprinkled into mini graham pie crusts. 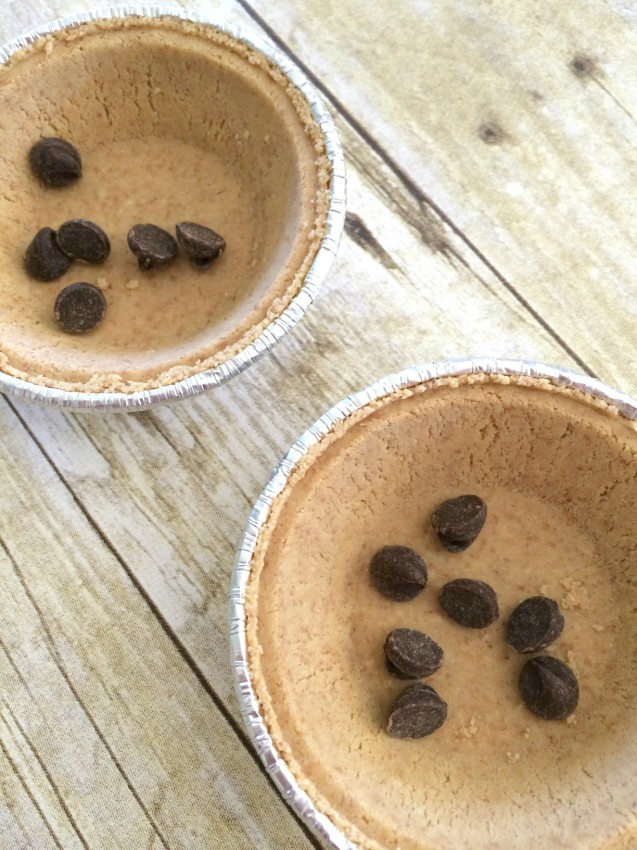 Then, I top that chocolate pudding with peanut butter chips. 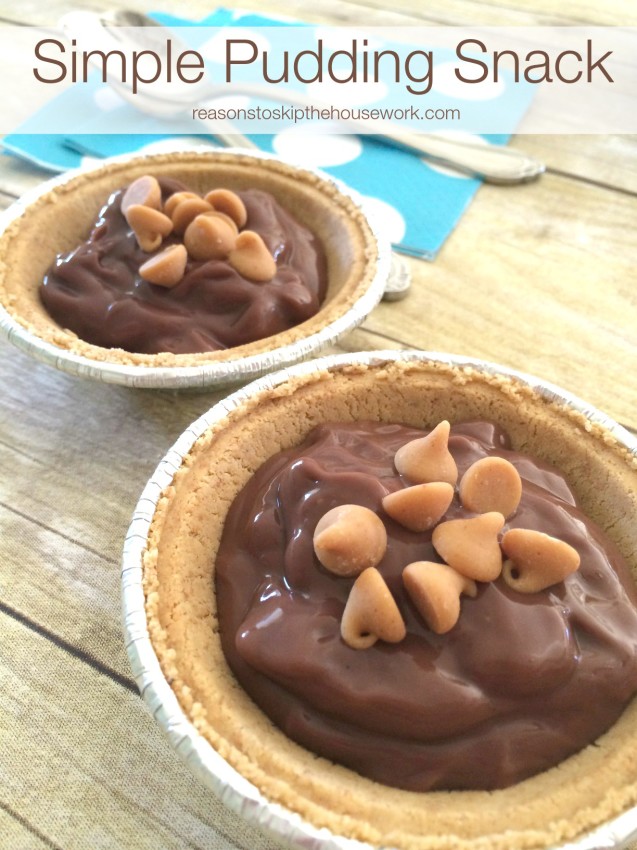 It’s the perfect “sweet” treat that honestly, is so much better than a candy bar!  Really, truly… “Milk+Eggs+Rice=Sweetness” and  “If you can’t read it, don’t eat it”. 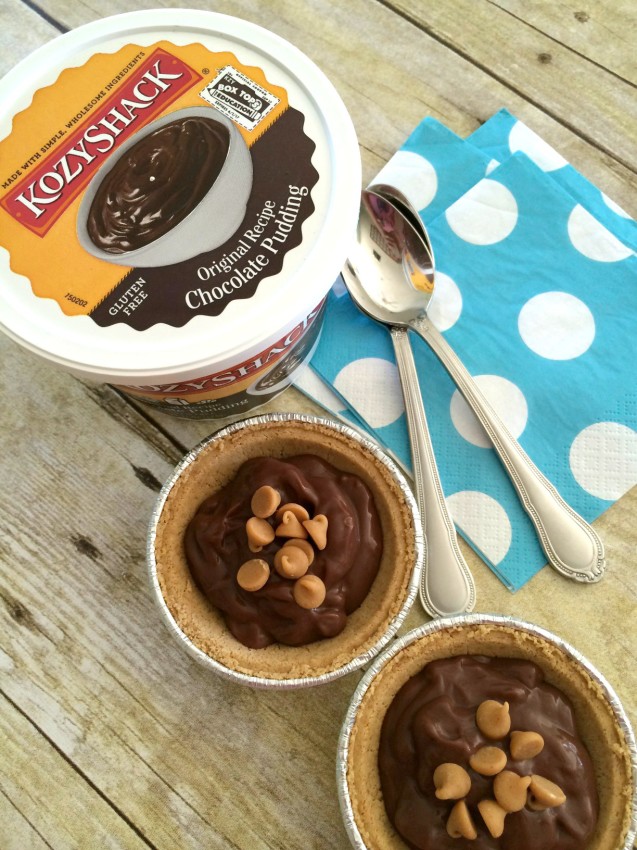 All three puddings are made with wholesome ingredients, including real milk and no artificial preservatives or hydrogenated oils. All three are a good source of calcium. Kozy Shack® Puddings are also gluten free. 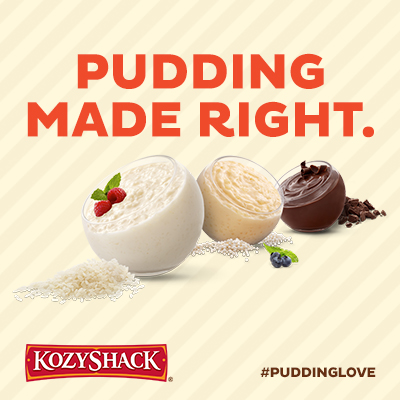 • Kozy Shack® Rice Pudding is America’s number one rice pudding. It is made with low-fat milk, rice, sugar, eggs, salt and natural flavors. Nothing more.

• Kozy Shack® Tapioca pudding is a classic, made with real tapioca pearls.

• Kozy Shack® Chocolate pudding is rich and chocolatey, made with real cocoa. 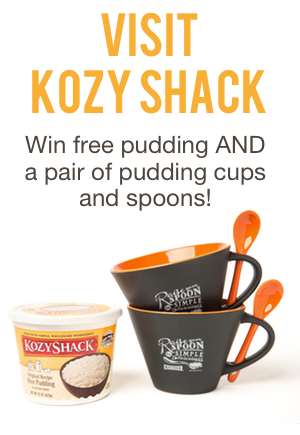 You will also receive a product coupon good for one (1) free package of any Kozy Shack® product, up to $4.99 value.

Simply visit the Kozy Shack Site HERE, if for no other reason, to see their very unique and fun website!

Scroll through for fun serving options for your pudding.

Then, return and comment, telling me how you’d enjoy your pudding! Which is your favorite flavor?

Thank you to Kozy Shack for sponsoring today’s post. My love for their delicious pudding is all my own!

Melanie works full time at Tuft & Needle and blogs part time evenings and weekends when her daughter is working on the cars with her dad! View all posts by Melanie L.